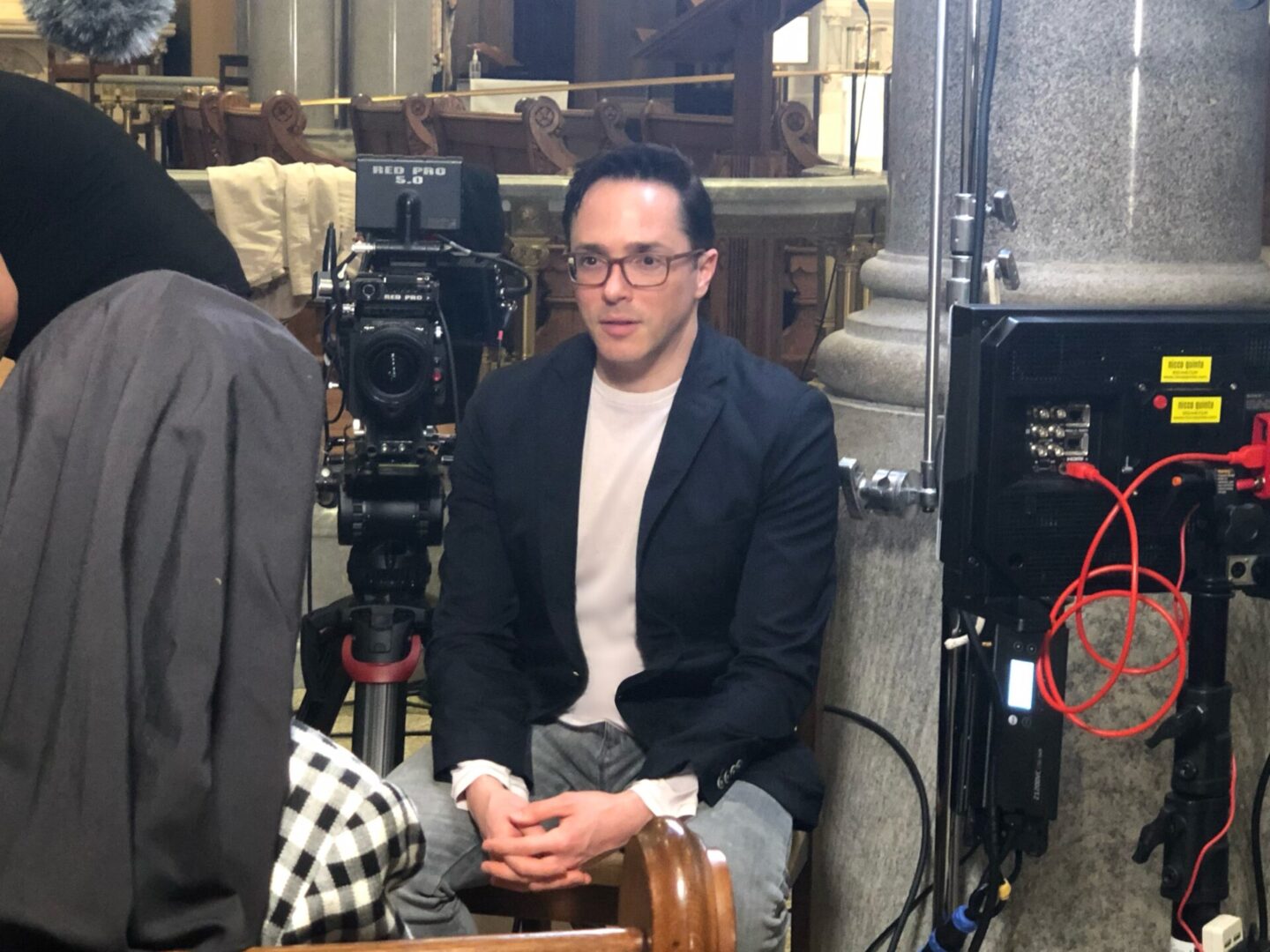 One Actor Short 2 — A Romantic Comedy

Watch what happens when random strangers in New York are asked to play a role in a film!  Will they do it?  What would you have done if asked to immediately play a character in a film?

In ‘One Actor Short,’ Yuval David Gives Random Strangers Chance to Star in Film on Streets of New York

After much fanfare and excitement over his pilot episode, acclaimed actor, host, and filmmaker Yuval David has now released the highly anticipated second episode of his groundbreaking new digital episodic series, ‘One Actor Short,’ in which he explores what happens when he invites random people on the streets of New York to play a role in his film, which Yuval directs and produces himself.

In the series, Yuval and his film crew step into public areas of New York City to carry out his unique new approach to filmmaking. During the process, Yuval pulls together a cast of random individuals, who really are in fact complete strangers to Yuval. He then directs them through improvised scenes and develops the plot of the film based on each new cast member and the progression of each scene.

As the title ‘One Actor Short’ conveys, Yuval’s concept begins with being short one more actor. So, he finds people to play roles in the film. At the start of the filming day, Yuval and his crew have no idea what kind of film they will make and what might transpire.  Through the improvisational style, Yuval creates a film featuring his new cast, completely on the spot.

Through his bold conceptualization and creation of ‘One Actor Short,’ Yuval David has masterfully pioneered a new genre of storytelling, directing and producing, as he fearlessly directs and acts within a radically innovative, fresh new format.

Yuval’s directorial style makes his actors feel completely welcome in a safe space he creates, where his actors are invited to be authentically playful. Through his direction, he is able to pull surprisingly good performances from his new cast.

Yuval’s initial pilot episode of ‘One Actor Short’ is a spin on the crime procedural drama typical to New York City crime shows. It is packed with all of the excitement and high stakes energy of TV series most viewers know, like ‘Law & Order,’ ‘Blue Bloods’ and ‘NCIS,’ with compelling, mysterious characters, all brought to life through Yuval’s direction of people who did not expect to be acting in a movie only moments before.

The beginning of the second episode starts with Yuval attempting to get a number of strangers to participate in the concept, comically poking fun at the constant cold shoulders and rejections from hardened New Yorkers accustomed to brushing off requests by beggars and buskers on the street. Eventually a solid cast is formed of those who agree to join in and off they go.

Following the same format for this newest episode, once again selecting at random individuals from the street, and directed guided-improvisational scenes, the narrative of Episode 2 organically developed into a romantic comedy. It focuses on a group of friends and strangers helping Yuval’s character Sam to meet someone romantically. Sam is guided by his friends and advisors to find a significant other by living his truth.

“Representing the diversity of people in my work happens naturally because I am representing the people who make up our society,” says Yuval. “I have a mission to entertain, uplift and inspire, which goes hand in hand with my mission to use art for social change, whether it’s through inclusivity of underrepresented communities in my work, or in the roles I portray or create for others.”

Yuval continues to explain, “throughout all my work, I create a safe space and a brave space for people to be open, playfully in the moment, and have a rewarding experience.  It also is rewarding for me, as I welcome people into my shared creative world.”

“One Actor Short 2 — A Romantic Comedy”